No 46 Squadron Heroes of La Gorgue

The biographies in this PDF are based on the book, “Des Hommes sur les terres et les chemins des Dames” 1914-1918; by Serge Comini (Président de l’association Abbaye de Beaupré, Etude et Sauvegarde du Site) The book is an amazing piece of scholarly research which details those aircrew and some groundcrew (for which there are records) who served in the RFC and RNAS squadrons based at La Gorgue in France during the First World War. The narrative, originally in French, has been translated by David Adams and edited by Dougie Barr and John Dimmock but remains the copyright of Serge. The photographs are copyrighted, where applicable, by the owners indicated in the Book. This document is not to be copied or distributed without permission of the copyright owners.

The following are remembered with pride:

The photographs below are taken from the collection of the late Captain (later Wing Commander) Normie Dimmock AFC who served on No 46 Squadron during the First World War. Read his biography here. This PDF captions the photographs with the details we have.

This post is the first of a series celebrating the heroes of No 46 Squadron of the First World War. The following others are: 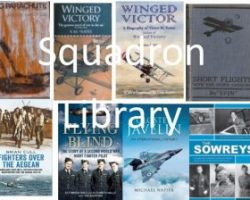